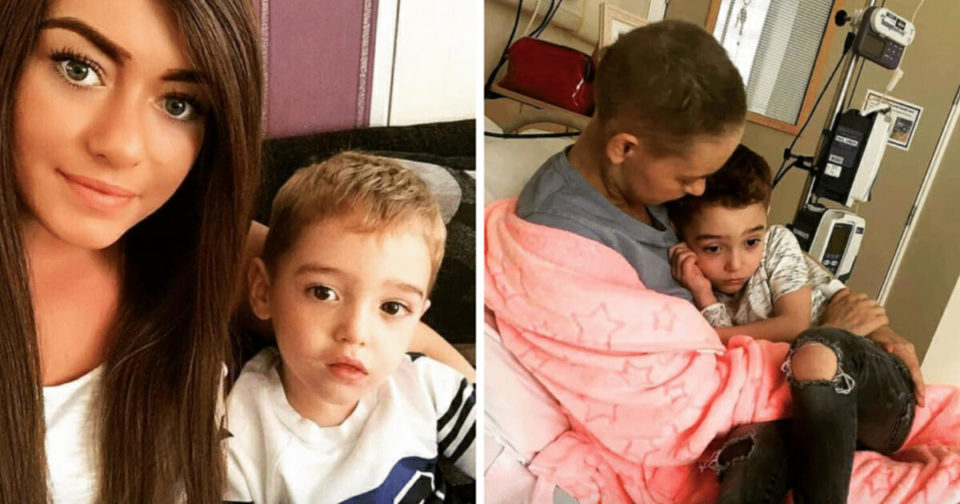 Earlier this year, Naomi Knighton had to tell her six-year-old son, J’varn, heartbreaking news. She was dying.

The 26-year-old from Alvaston, England, who was going to school to become a nurse, had a rare cancer, chronic myeloid leukemia. She was diagnosed with leukemia when she was a teenager, but only recently did it really start to prove to be extremely difficult to treat.

On April 11, Knighton passed away, leaving behind her young son.
According to DerbyshireLive, Knighton received two bone marrow transplants, chemotherapy, and steroids in order to fight off the disease. Five months after her last transplant, the cancer returned. And this time doctors told her “it’s very aggressive and resistant to all treatments given.” Her family began preparing for the end. They set up a GoFundMe page to raise money for funeral costs and surpassed their goal. Tyson Fury, a professional boxer donated a glove so it could be auctioned off and the funds be put towards a funeral.

In addition to donating a signed glove, Tyson Fury, along with Tim Westwood, an English DJ, and Big Narstie recorded messages of support for the young mother.

Although she received so much love, support, and care during her final months, it couldn’t stop the cancer from taking over her body.
“She really fought it all the way,” Kirsty, her older sister, told DerbyshireLive. “All the way through she remained so strong. She didn’t get upset. She just dealt with whatever came her way — right to the end.”

“I told her that it’s OK, that my dad will be waiting for her, because he passed away a few years ago,” Kirsty said. “And I told her we would look after her son.”
So far J’varn has been coping “really well,” and his aunt credits the family’s decision of keeping him involved in the process.

“It’s helped that we’ve been honest with him all along,” she said. “He’s become used to the fact that his mum was in hospital so it wasn’t a great, sudden loss — it built up over time. I’m not sure how to explain it – he seems to be OK. Time will tell.”
As Knighton’s family remembers Naomi they want to raise awareness about becoming a stem cell donor. The family stated that finding people willing to donate within the UK is difficult–Knighton’s previous donor was from Germany. They urge everyone to look into the Anthony Nolan Project because becoming a stem cell donor could literally save someone’s life.

While J’varn still has the rest of his family to look after him, he doesn’t have one of the most important people everyone needs, his mother.

Please share this heartbreaking story and send your well wishes to this little boy and his grieving family.