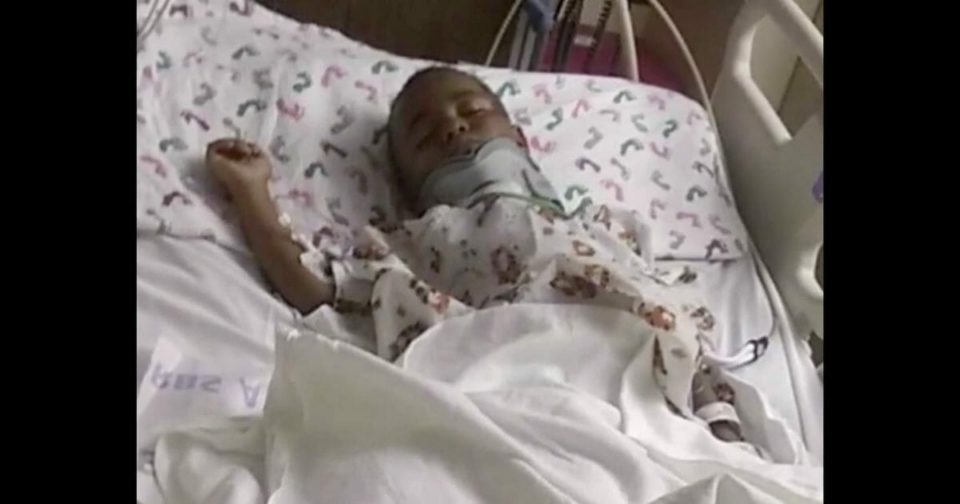 Becoming a parent is a truly wonderful thing, don’t get me wrong, but it does introduce you to a whole new level of worry.

When I think back to the things I used to fret over before my children were born, they pale in comparison to the level of anxiety I get considering that something might hurt them one day.

Jennifer Moore knows exactly what that feels like. When her son, Joseph Soto, didn’t show up at the bus stop she usually collects him from, panic began to creep in.

It transpired that Jennifer’s little boy had been the victim of a hit and run. The pick-up that struck him had dragged him down the road for several moments before fleeing the scene. Now, Jennifer wants justice.
Jennifer knew something was wrong when her son didn’t show up at his usual bus stop. After speaking with the bus driver, she raced to look for Joseph at the last stop the bus had made.

She found her son lying in the middle of the road, a crowd of concerned onlookers gathered about him.

“When I turned the corner, my son was laying in the middle of the road with a group of people around him because a truck hit him and took off,” she said.

'They're a coward, they're an animal': 4-year-old dragged down street in Pasco hit-and-run | @WFLAJeff has the mother's reaction>> https://t.co/hQk8awfGrE https://t.co/dTPNZGZgxD

Jennifer still doesn’t know how someone could be so heartless as to hit her little boy and then leave him.

Speaking on the driver of the vehicle, she said: “They’re a coward, they’re an animal. They have no regards for the human race, period.”

So far, no information has surfaced regarding the driver, though witnesses at the scene claim they were driving a blue Chevy S-10.

Joseph remembers
Joseph himself had accidentally gotten off the bus at the wrong stop, and, upon trying to cross the road, was struck by the pick-up.

The little boy remembers the moment leading up to the collision clearly.

“He stopped and looked both ways and nobody was coming, so he started walking and that’s when he looked again,” Jennifer explained.

“He saw a blue truck coming and so he tried to run the rest of the way across the street. He said, ‘Mommy, it didn’t slow down and it knocked me over and dragged me on the ground and then I fell asleep.”

Joseph was hospitalized with a broken femur and severe road rash, but he is recovering well.

What a heartless person it is to hit a little boy and drive off without a concern for how badly he might be injured.
Jennifer, we’re sending all our prayers to you and your family, and we hope the person responsible is brought to justice.

Share this article if you want to wish little Joseph well.