8-year-old rises over $50,000 for homeless veterans – let’s hear it for this little champ

At just 8 years old Tyler Stallings has written a book, received a humanitarian award, and raised thousands of dollars to help homeless veterans.

The ‘Kidpreneur’ decided he wanted to do something to help the homeless after seeing videos of homeless veterans on YouTube at just 4 years old.

Most adults can’t commit to organizing a fundraiser to help others let alone a 4-year-old but at such a young age this Maryland boy raised $5,000. 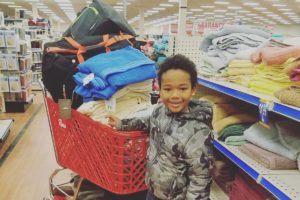 Together with his mom Andrea he came up with the idea of creating Hero Bags, a backpack filled with essentials such as hygiene and grooming supplies and was able to purchase 2,000 of these kits to hand out.
His initial goal was far more ambitious after asking his mom why so many veterans were forced to live on the streets. 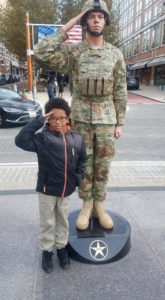 “After talking to my mom, I really wanted to help build homes for veterans but together we decided on a more realistic goal,” he said on his GoFundMe page which has currently raised over $47,000 to help the homeless.

Tyler’s fundraising work earned him a “Little Big Shots” Humanitarian Award given to him by host of the NBC TV show Steve Harvey.

On World Homeless Day, Tyler partnered with a mattress company to provide 250 mattresses to a homeless shelter for veterans. 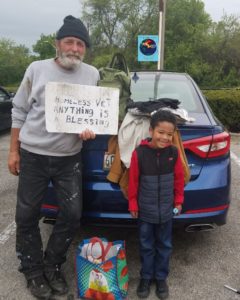 As the son, grandson and nephew of veterans helping those veterans forced to live on the street is a cause close to his heart.

His mom told Good Morning America, “He (Tyler) asked me, ‘If they’re heroes why should they be on the street?’”

He’s even co-authored a book with his mom called “Tyler Goes Around the World,” where a portion of the proceeds raised from sales will go back into his fundraising company Kid Time Enterprises, LLC, of which he is the CEO of.
Tyler says the Hero Bags are important in more ways than one. 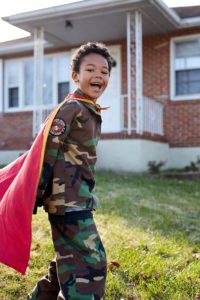 “It’s very important to help those people, not only to make them happy [but] to make them feel like, ‘People do care about me,’” Tyler said, as per The Epoch Times.

He has even become the official “superhero” for Veterans Education and Training (MCVET) which helps veterans get back on their feet and often dons a red cape to deliver his Hero Bags.

“Good Morning America”, in conjunction with Pepsi’s “Give It Forward” campaign, donated $25,000 to Tyler and his mom, which they hope to use for shelters, according to the Epoch Times. 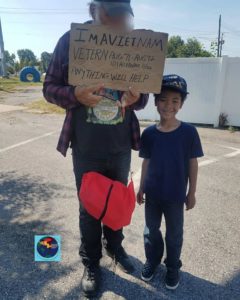 This 8-year-old has already achieved more than most adults would in a lifetime and all in the name of helping others. He is such an inspiration.

Please share to inspire others to help the needy in their community or join Tyler in his worthy quest.