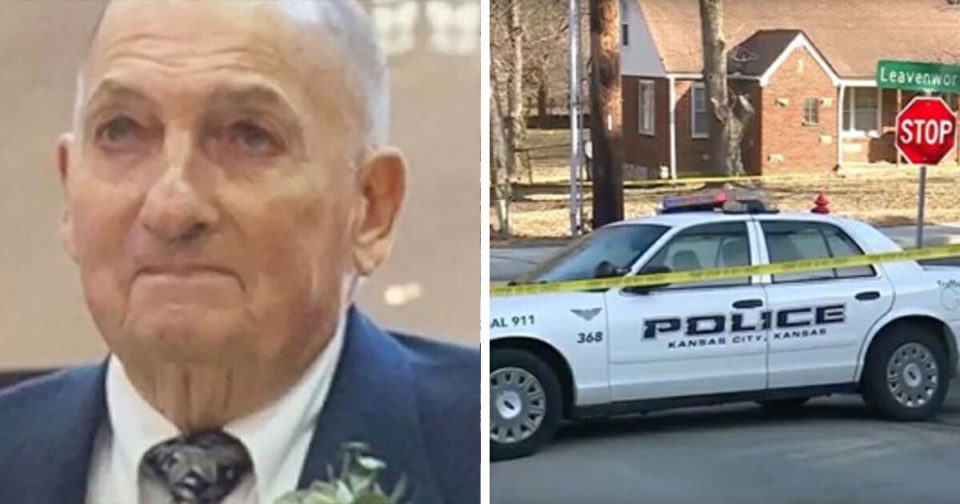 It’s easy to believe that heroes don’t exist, that they belong only in comic book strips and Marvel films.

The truth is, they’re present in all walks of life in the form of people who do extraordinary things, sometimes at the cost of great sacrifice.

A much-loved crossing guard in Kansas City, Kansas gave his life on Tuesday to save children who might otherwise have lost theirs.

88-year-old Bob Nill had worked at Christ the King Parish School as a crossing guard for five years. He was held in high regard by the students, many of whom affectionally called him “Mr. Bob”.

Bob Nill is a hero. An absolute hero. May his soul rest well. https://t.co/JPnDaLJlNF

As per reports, a speeding black sedan raced right through Nill’s crosswalk at around 8 a.m. on Tuesday morning.

Sensing the danger, Nill put himself in harm’s way to save two children.

“He stopped [two kids], and they listened, thank God, but then he, of course, was the victim,” school principal Cathy Fithian told KMBC 9.

Fox 4 cite witnesses as saying the 88-year-old pushed the children back as the car sped past. Unfortunately, this meant he was struck. Nill’s nephew, Randy, said the courageous act wasn’t out of character.
He explained: “What my Uncle Bob did for just getting little kids across the street seemed probably trivial to some people, but for him, it was a really important job, and now, we really know how important it was. He maybe saved some lives.”

Nill had worked in banking and served in the Coast Guard before his retirement. After stepping back from full-time work, he worked as a crossing guard to continue giving back to his community.

“This was something I think he felt like he could help children and help himself feel good about what he was doing,” Randy said.

Christ the King Parish School released a statement on their Facebook page on Tuesday.

“We would like to give you an update on our crossing guard, Mr. Nill. Our hearts are heavy as we inform you of his passing. Please continue to keep Mr. Nill and his family in your prayers as well as the students, parents, and teachers who witnessed today’s accident.

“Also know that Mr. Nill is a hero. He stopped two of our students from crossing the road as the car approached.”

Rest in peace, Bob Nill. Your actions saved lives and for that you will always be remembered as a hero.

Share this article to pay tribute to this brave man.