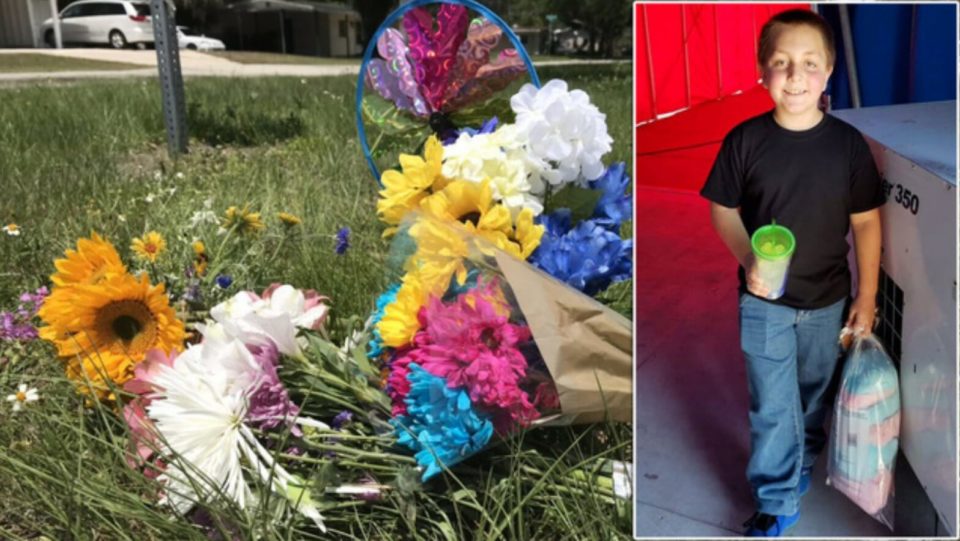 A memorial grows in Sarasota where 9-year-old Roman Miller lost his life while riding his bike to school Monday morning.

The truck driver who struck Roman tells FOX 13 New it was an accident.

No charges have been filed in connection with the crash, but FHP troopers say the investigation is ongoing.

The 3rd-grader was following behind his sister on his bike on the way to school when he was hit by a pickup in Sarasota, troopers say.

9-year-old Roman Miller was well known and loved in his community – he was the type of kid everyone loved.

This Monday morning, he and his older sister were just a few blocks away from Brentwood Elementary School when Roman was hit and killed while crossing in the crosswalk.

Troopers are investigating a bicycle fatality in #Sarasota. A 9 year old boy was killed while riding his bike to school. He was following his sister. She made it, but he didn’t. @FOX13News pic.twitter.com/M7KD35BSW0

Driver Charity Lamb was behind the wheel of a black Silverado truck. She let Roman’s sister pass but said she didn’t see Roman as she pulled forward. She hit him and dragged him for 15 feet.
Lamb talked to Fox 13 News and said she stopped once she knew what happened.

First responders rushed Roman to Doctors Hospital where he was later pronounced dead, according to WFLA.

According to Fox, troopers say Lamb will face charges once their investigation is complete.

As for Roman’s friends and family, this has hit them harder than anything you can imagine.

It’s the last week of school for Sarasota County and grief counselors will be on hand to help students and staff cope.
Prayers for the family!