To love a piece of music and really feel it when it plays is a wonderful thing. Music can change our mood in an instant; it can lift us up when we are down.

For Dane Miller he is not only lifted up when he hears a song he loves but likes to sing along.

In 2017, when he was 9 years old, Dane, who has Down syndrome, was in the car when the Whitney Houston classic “I have nothing” came on.

This is clearly a huge favorite of Dane’s and he started to sing. Little did he know his beautiful performance was being recorded.

Millions of people have viewed the clip on YouTube, and if you haven’t seen it already you need to, it’s amazing. 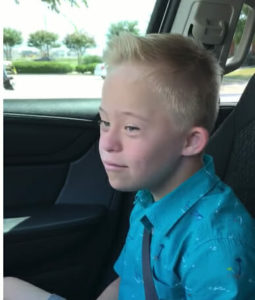 Dane Miller gained worldwide attention in 2017 when his father filmed him during a road trip.

The then 9-year-old boy, whose greatest love in life is music, heard a Whitney Houston classic from the 1992 movie The Bodyguard and started singing along.

“We did just watch a documentary on [Houston] about a month ago, and so he started downloading her songs and that was the one he got stuck on,” Dane’s mother Danna Miller told CBS. 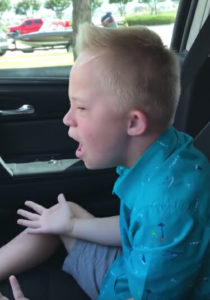 Dane sings along beautifully and doesn’t miss a beat, delivering a performance that has touched the hearts of millions of people around the world.
Thousands have also left comments encouraging this singing sensation. 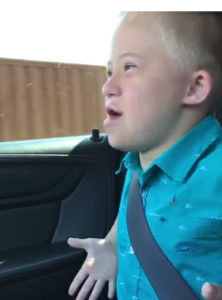 She also says that Dane has inspired other families with children who have Down syndrome.

“Some other families who have Down Syndrome children have posted pictures with their kids,” added Danna.
See this truly uplifting performance from Dane in the clip below.

I love seeing the emotion in Dane as he sings this song, it’s just mesmerizing..

Please share this story with your friends and family and help lift their hearts today.