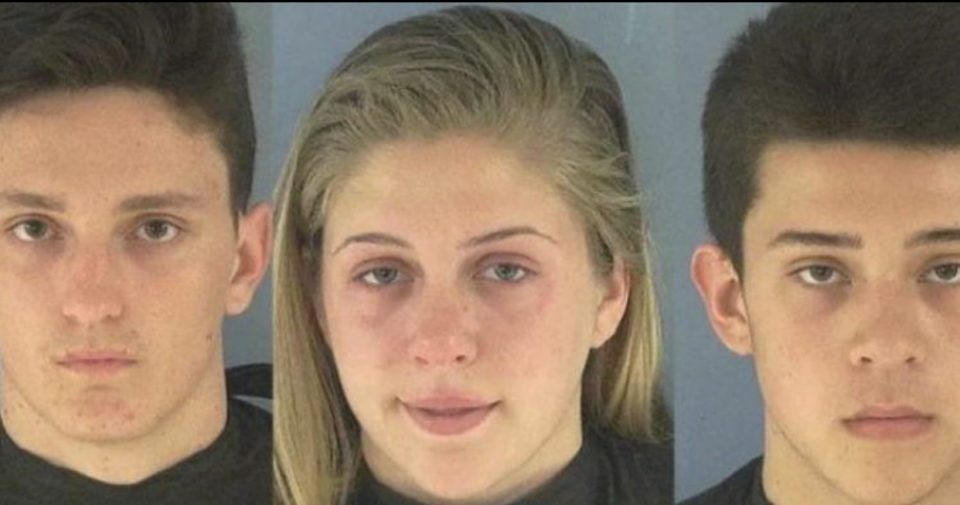 When a police officer stepped into a restaurant, he expected to be treated just like everyone else. However, when the three white teenagers working behind the counter saw who was ordering food, they decided that they wanted to punish the man simply because he risked his life to protect and serve them every day. The snickering, snot-nosed teenagers then took turns spitting into the on-duty Deputy’s food, tampering with it and then serving it to him with grins on their faces.
Anyone who is in Florida might want to avoid the Highway 55 restaurant because the people who work behind the counter have no home training. The two Florida deputies simply wanted a bite to eat for dinner and stopped at the questionable restaurant.
When the meal was served, the deputies, who were very hungry, dove right in and started eating it. They finished their dinners very quickly. The whole time the three teenagers were snickering and laughing and punching each other in the arms. The Deputies thought something was odd but never would have guessed that the three punks spit in their food, contaminating it.
Fortunately, an anonymous person, probably the only honest person who worked at the restaurant, told the owner that the three teens were spitting in police officers’ food. That’s when the owner, who loves cops, checked the surveillance footage and could not believe what they saw. The tipster was right. The teens were tainting customer food just as described. How disgusting!
The owners were extremely upset and contacted the authorities. The teenagers were fired and placed under arrest. It would have been ironic justice if the arresting officers were the very same people who ate the tainted food from the teenage workers.
The teens have since been charged with food tampering and battery on a law enforcement officer. Food tampering is a felony under the Florida food anti-tampering act, whereas the battery of an officer is a much milder offense in Florida.
The Okeechobee City Police Department charged and arrested three teenagers who conspired in the act of poisoning the cops. There were one 16-year-old girl and two 17-year-old boys. Their case, although about as disgusting and disturbing as they come, has been handed over to the Department of Juvenile Justice, where they’ll probably get little more than a slap on the wrist.
Meanwhile, the two officers have been notified that they ate the teens’ spit. They did not require medical treatment, although they were absolutely disturbed and disgusted knowing that they were targeted simply because they wore a badge.
Hateful acts against police officers have been on the rise in recent years. Florida continues to lead the trend in hate against cops, as more and more people engage in misguided pranks such as what these teens were trying to do.
Although this case has been handed over to the Department of Juvenile Justice, the cops might still get some justice. However, the chance of this is slim, given that these are teenagers who “come from good homes” and live in Florida.
What do you think should become of the kids who spit in the officers’ dinners?