‘Baby was crying too much,’ so babysitter burned child’s feet on a hot pan

Praying for this child.

When a mom returned home to her six-month-old baby, she wasn’t met by a smiling happy bundle of joy that she had left earlier. As she returned to her house after being away for a few hours, she discovered that 36-year-old babysitter Ismelda Ramos Mendoza was not to nice babysitter she thought.
The moment she got through the door, she knew something was not right. Upon looking at her baby, she discovered that the soles of her feet were covered in huge blisters.

When she asked the babysitter what had happened, the babysitter said she had no idea how the blisters got there. The mother was not satisfied with the answer.

She then took her daughter straight to the ER at the hospital. There she discovered the real extent of her daughters injuries. On both feet, she had severe burns. The doctor said the burns looked as if the feet had been cooked.

After 36-year-old Mendoza was charged by officials, it was discovered that she had become angry while she was cooking when the baby didn’t stop crying and placed her feet into the frying pan. 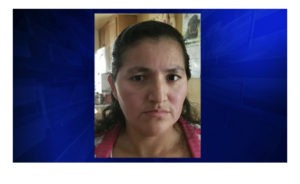 Please pray for this little baby and her mother.