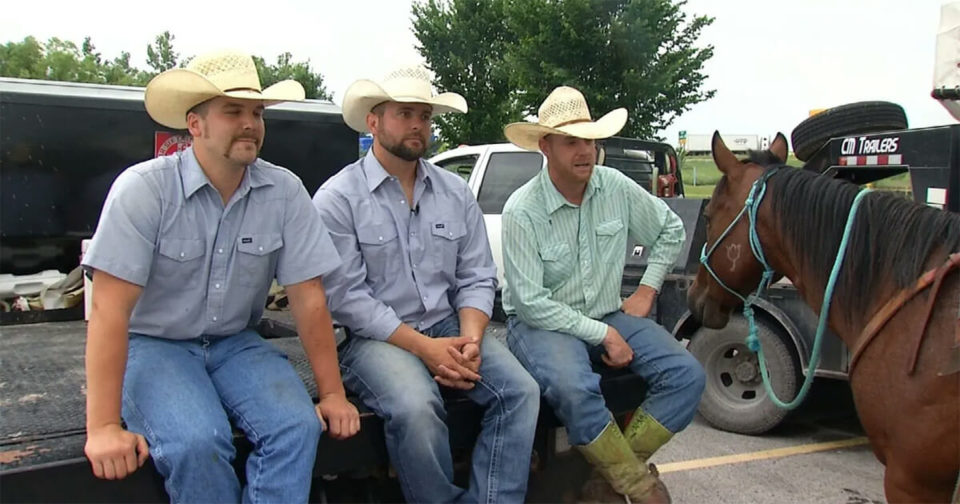 Oklahoma has seen some terrifying weather over the last few weeks; thunderstorms, heavy rain and tornados has caused flooding and devastation to thousands of homes and communities. Many have lost their lives.

Almost 80 percent of Oklahoma is farmland and with it comes thousands of farm animals. So many of them now risk drowning unless they are moved to safety.

But thanks to a group of cowboys they are being saved from death. Now these helpers’ big hearts and hard work is being praised all over. 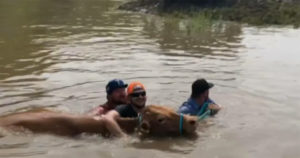 For almost a week these cowboys have come together to save livestock from properties all over the state.

They’ve taken time off work and are using their own fuel, trucks, boats, and horses to get the animals to safety.

This dangerous mission they’ve embarked on has earned them the praise and support of the community.

‘We are beat’
Starting out as just six, many more have joined them to help and many farmers have appealed for help in saving their animals from drowning.
“We have burned some fuel and spent some time. We have all took off work to do this,” they told Oklahoma News 9, “We are beat, to say the least.”

It all started Wednesday when some of the guys needed help moving hundreds of cattle from flood waters. They posted on Facebook saying they had the equipment to help other families too.

“It spread like wildfire after that one or two calls,” Casey Thomas told News 9.

Then dozens of other cowboys showed up to join the worthy cause. 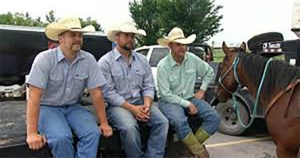 Refused to watch these animals drown
“It was incredible just to see a bunch of guys get together just to help a bunch of strangers that they don’t know,” said Hunter Webster.

“We just refuse to sit back and watch these livestock drown because I mean, all of us own cattle,” said Cory Conley.

For a community to recover from devastation it needs its people to join together, and this group of cowboys are a shining example of this.

We hope this state can get back to normal as quickly as possible.

Please share to pay tribute to this selfless group who are sacrificing so much to save animals.