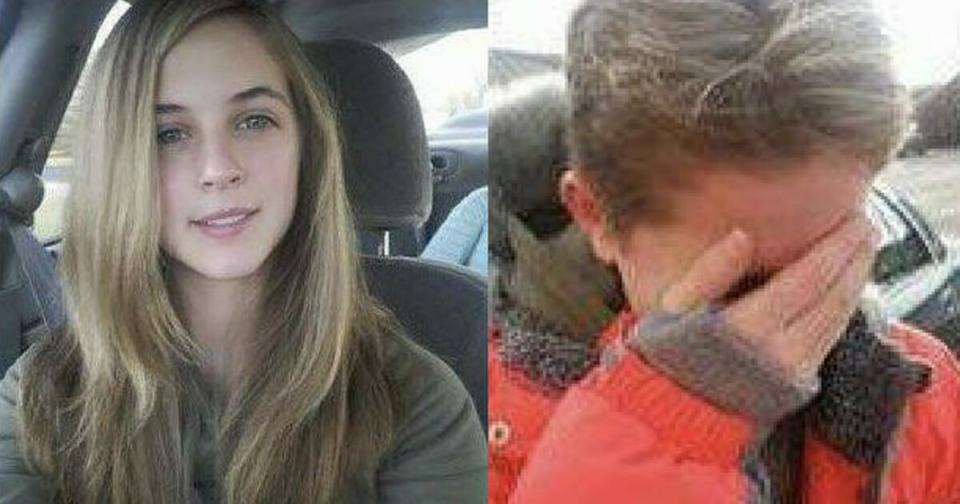 We all know that beauty comes from the inside. But despite that, we all care about how we look.

After all, it is a great feeling to go all out and make an effort with our appearance now and then.

One thing that most of us care a little extra about is our hair. Which isn’t so strange, considering that it’s one of our most visible features.

That’s why a bad haircut can cause even the most confident among us to hide away until it gets fixed.

But does a bad or forced hair cut count as assault? Probably.

In January, happy-go-lucky Kelsey turned 13. The new teenager decided that she wanted to try a different look.

She decided that she wanted to get highlights, a request that her mom Christine Johnson agreed to. The mom took her daughter to the hairdressers as a birthday treat.

Afterwards, Christine took a photo of her smiling daughter, who was clearly very happy with how her new style turned out.

But her happiness was short-lived. Just days later, Kelsey went to stay with her father and stepmother – and the visit would traumatize the young girl.

The photos her mom took after the visit are shocking and heartbreaking.

In the photos, Kelsey is too ashamed to even show her face. But you don’t need to see her face to understand what has happened. Her long, beautiful, newly highlighted hair is gone, replaced by an extremely short and uneven cut.

According to a Facebook post written by Kelsey’s aunt, the girl’s father and stepmother cut Kelsey’s long hair when they saw the new highlights.
Their reason? ”Actions have consequences.”

For some inexplicable reason, they were very upset over the girl’s new highlights, and decided to give her a forced, extreme haircut.

But now the father and stepmother could face consequences of their own. They both work as firefighters, but have been suspended without pay.

According to a Facebook post that Christine wrote, the reason for the extreme new hair cut was to humiliate Kelsey.

The post has received many comments from people who are devastated on behalf of the young girl.

Since the post has gone viral, social services in Wood County have even stepped in and are conducting an investigation.

Hopefully Kelsey will receive justice and her father and stepmother will be punished for their horrible actions.

I can’t imagine how devastating this must be for Kelsey, who will be reminded of the terrible assault every time she looks in the mirror.

Share if you think these parents should be punished for the assault they committed against Kelsey!