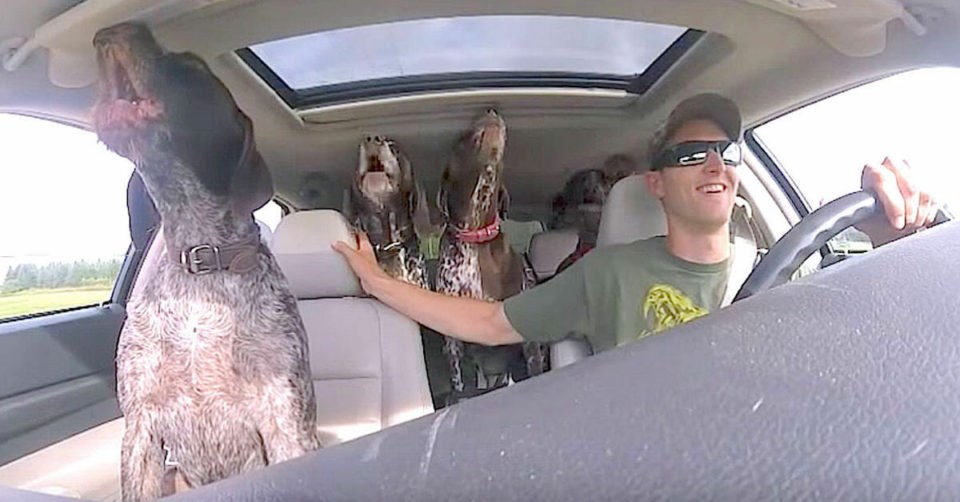 Every dog has their own personalities and ours know when we get ready to leave, they go to their room where they stay until we come home.

But soon, you’re about to find out what happens when you inform four big, energetic dogs they’re on their way to play at the park…

And trust me, it’s magnificent to watch.

This Youtuber from Canada by the name of “T3” uploaded a priceless video, and it’s now getting a ton of attention.

“Took the dogs to their favorite spot for a walk and they do this every time,” he wrote.
Luna and her three canine companions are German shorthaired pointers, a breed known for being affectionate, active, and loyal.

Loyal and athletic, the German Shorthaired Pointer is best when it’s active but at first, all is calm inside the car.

But just as their daddy reveals their destination, the mood instantly changes.

“Alright y’all, where we going?” he asks. It doesn’t take long for the four big pups to figure it out where they are going… They get so excited he’s nearly forced to pull over so they can calm down!

This clip received millions of views on Youtube during the first days it was uploaded.

Look below and it’s easy to see why:
This is how dogs should ride and be treated! Not in backs of pickups or in kennels in back of pickup.