Doctor Pulls Live Worms From Man After He Eats Sushi 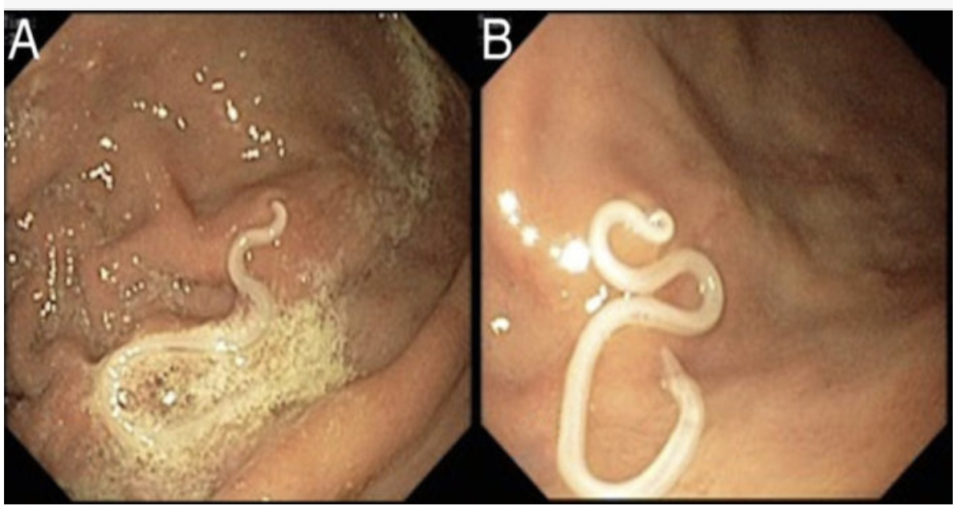 In the United Kingdom, the sushi retail market is on fire! It has an estimated net revenue of over $87 million! Sushi may be delicious – but it can also be dangerous.

A man from Portugal, age 32, enjoyed some slices of raw fish served by a Japanese restaurant.

He suffered abdominal pain for about a week after eating the fish and went to the hospital. 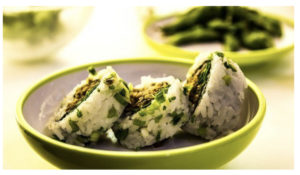 Using an endoscope, the doctors found the source of his discomfort, and it will gross you out! The man had a parasitic worm infection!

Several of the worms had even started to burrow into the lining of his gut – which can be life-threatening!

Raw fish, like Sushi, can contain tiny worms and if eaten cause a condition called anisakiasis (aka herring worm disease).

A severe case of anisakiasis may cause an anaphylactic reaction which could be fatal.

Luckily the doctors were able to remove all of the worms from the man’s gut with a specialized tool, and he soon recovered.

So, the moral of this story is to be careful about eating sushi. 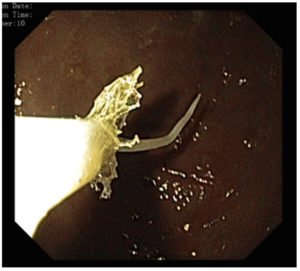 According to the CDC, symptoms of anisakiasis include nausea, vomiting, abdominal distension, diarrhea, blood and mucous in stool, mild fever, and abdominal pain.

If that wasn’t enough to scare you – some experts say that people who eat a lot of sushi put themselves at higher risk for mercury poisoning (which can cause heart disease and brain issues like decreased cognitive performance). 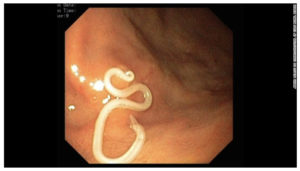 The best way to prevent anisakiasis is to cook your fish before eating it.