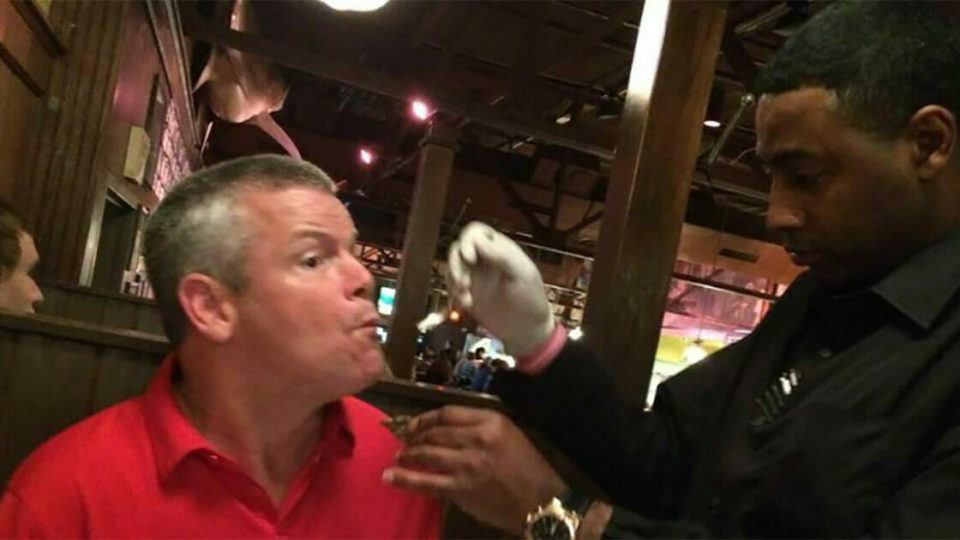 For all the depressing news in the world it’s important to take a few minutes to celebrate those people who are working hard to make the world a better place.

When we think of these people, we often recall those who have achieved amazing feats of generosity, feats that many of us can only imagine achieving.

Lee Bondurant, who has cerebral palsy, chose to spend his birthday at his favorite restaurant 42nd Street Oyster Bar, in Raleigh, North Carolina.

When he walked through the door in 2016 with his friends and family around him, he was happy to see a friendly face: a server known as “Five.”

The dedicated server, who works two jobs and was getting ready to start classes again in 2017, according to ABC 11, not only served Lee and his party but did something that caught the attention of hundreds of people on social media.

‘Help a fellow man out’
Lee’s condition, which affects his movement and muscle tone, makes it difficult for him to eat. Five noticed that Lee’s mother was feeding him and decided to step in and give her a break so she could eat her meal.

Lee’s mom was so touched by Five’s help in the busy restaurant that she took a picture of him feeding her son and posted it on social media.

Little did she know the response this image would get, and it wasn’t long before the image went viral. 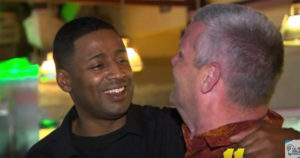 Five, who doesn’t have a Facebook profile, was told by his boss how well the image was doing and then he started to get recognized wherever he went.

“I’m going into the gas station and somebody wants to buy me gas, I’m like no!” Five said, according to ABC11.

‘I’m very blessed’
Five told ABC11 News that some of the letters even came with money which he has put into a fund he created in Lee’s name for a cerebral palsy foundation.

Lee is happy that people like Five are in this world.

“I’m very blessed,” Lee said. “It shows there are good people in the world still.”

Kindness is so easy and makes everyone feel loved and good. What a great waiter! Five is a guy who needs to be celebrated. Please share to inspire others that just one small act can make a huge difference.