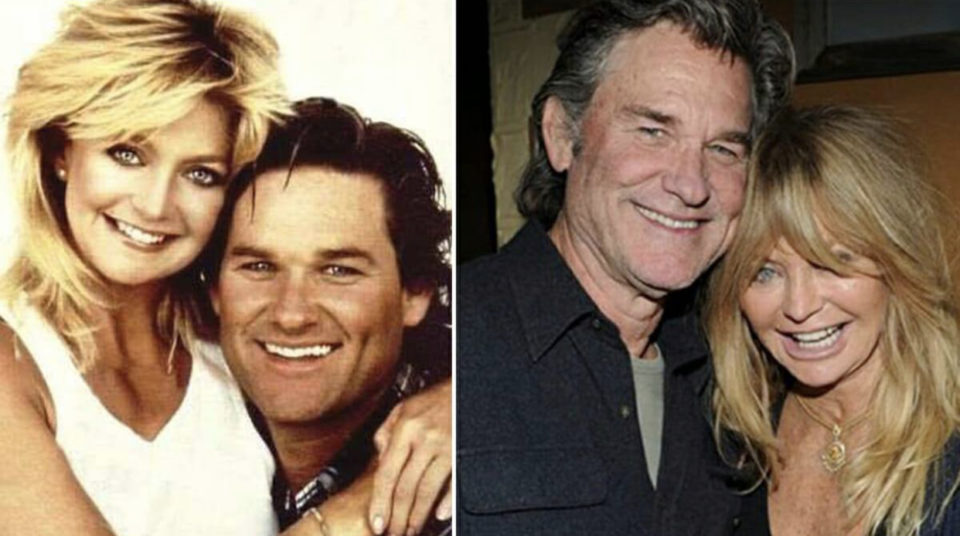 With the media full of celebrity gossip and split rumors surrounding tinsel town couples we all find some comfort in the star couple Goldie Hawn and Kurt Russell.

Never the center of controversy and never the subject of a lavish, over-priced wedding this golden couple met in 1983 and have been the picture of love and devotion ever since.

They credit their longevity as a couple in the limelight to putting each other first, not an easy standard to set when the distractions of tinsel town can often drive a working wedge between most famous couples.

My #tbt is these two love 🐦's! Mama Goldie and Pa killing it 80's style. I forgot to post a note on my parents 34th Anniversary so I figure why not now. A belated happy one my dear parents. Love you madly, deeply, profoundly ❤#HairGoals #Love @officialgoldiehawn

These two have made it their priority to share the limelight, often turning down big movie offers if it meant spending too much time apart.
They have rarely appeared in a movie together appearing in 1987 movie Overboard and then keeping us all waiting to see their star chemistry on the big screen again until 2018 when they played Mr and Mrs Claus in The Christmas Chronicles.

Thankfully that wasn’t a one off and the much-loved couple will appear in The Christmas Chronicles 2 due to be released in November 2020.

A year later and I’m still ringing Santa’s jingle bells 🤶🏻 I couldn’t be happier to be working on @christmaschronicles again with Kurt Russell, my real life Santa 🎅🏼 @netflix 2020

The two happily show that when they have the kind of love and devotion they have who needs to get married?

“We have done just perfectly without marrying. I already feel devoted, and isn’t that what marriage is supposed to do?” Goldie told Woman’s Day.
‘There is really no reason to marry’
“So as long as my emotional state is in a state of devotion, honesty, caring, and loving, then we’re fine. I like waking up every day and seeing that he is there and knowing that I have a choice. There is really no reason to marry.”

To celebrate Kurt’s 68th birthday the two took a trip to Mauai and Goldie posted a video of them enjoying their surroundings, completely content in each other’s company and having a blast.

Happy birthday my honey! I love you ❤️

The two have continued to build successful careers all while raising four kids Oliver Hudson, Kate Hudson, Boston Russell and Wyatt Russell. They even have 6 grandchildren which they clearly dote on.

‘Learning how to deal with not agreeing’
When it comes to their kids they take top priority, even over their own relationship.
“It’s also about not losing yourself in each other,” Goldie told Porter. “Being together, two pillars holding up the house and the roof, and being different, not having to agree on everything, learning how to deal with not agreeing. Everything’s a choice.”

This couple could teach us all a thing or two about making a relationship work, they are both honest about the difficulties that couples face along the way.

Honored on the Walk of Fame
“Love, gratitude, compassion because sometimes every man or every woman will drive their partner crazy. Family. Fun. Laughs. Sex,” Hawn said were the secrets to their relationship.

When the two were honored with stars on the Walk of Fame. according to Today, Russell said, “Goldie to you, I owe my wonderful life. Simply put Goldie, I cherish you. All of the stars in the sky or on the boulevard don’t hold a candle to that.”

Me and my baby stepping out last night ❤️All hail @guardiansofthegalaxy Once again he knocked it out of the park! Glams: @joeymaalouf Styling: @sophielopez #GotGVol2

Such a wonderful example of not letting the noise distract you from what’s really important. This is a great lesson for all things in life and not just relationships.

May they continue to enjoy all the happiness and keep their love forever young.