When Bill Dawson signed up for a special operations team, he not only had no idea what he was signing up for, but he was late with his application.

Instead of walking away the determined young 17-year-old snuck through a window so he would have a chance of joining this elite team of men.

He was successful and was deployed on many dangerous and life-threatening top-secret missions as part of a group then known as frogmen.

This group was later renamed the U.S Navy’s Sea, Air, Land Teams or SEALs and Bill was a charter member of one of the most elite special operations teams on the planet.

The Washington DC veteran is the last living member of this very special team and recently celebrated his 94th birthday. 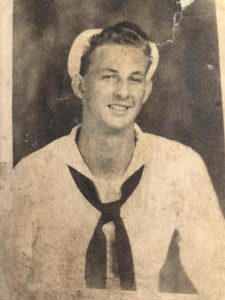 Bill is now in a wheelchair and uses oxygen, but still can tell stories that would make our hair stand on end.

While in the Navy he heard about a special branch that he wanted to join but when he got to sign up he was told it was already full.

Tough training
Despite this he sneaked into the room full of volunteers through a window and was one of 500 men who was eventually whittled down to just 52 – the first U.S. Navy SEALs.

And the toughness of the “frogman” course would be every bit as tough as the famed BUD/S course for the SEALs is today. 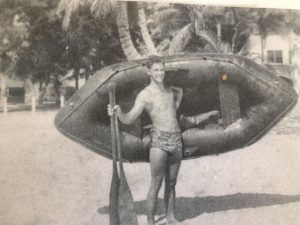 The training was so tough, it reduced the 17-year old to tears at times. “I wanted to quit,” he told the Special Operations site.

But he kept going joking that the sand fleas and mosquitoes at the frogmen’s training base kept him going.

His team specialized in explosives
He was eventually picked for a spot on a team of 10 specializing in explosives. As a member of the new Naval Combat Demolition Unit, Dawson did not know much at first about what his job entailed.

“They couldn’t tell us whole lot about it because everything was top secret,” he said. “But one thing they did tell us was that you learned to blow things up.” 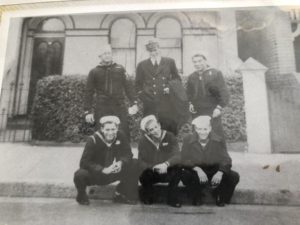 Dawson served during WWII in the Pacific arena from 1943 to 1945 when the Japanese surrendered. But as the last living Frogman he has nobody to reminisce with.

Revealed his past in a book
Despite not being allowed to keep a log of any information he managed to keep a scrapbook and when he was 90 years old he wrote and published a book “Before They Were SEALs They Were Frogs,” a book about his time during World War II on the Navy’s first special operations team.

After the war, Dawson joined the Washington D.C. Fire Department and served there for 25 years and then retired, now 45 years ago. 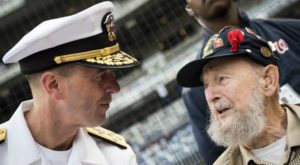 It wasn’t until he published his book that his friends knew what he went through.

“I didn’t know about his past in the pacific,” said his friend Al Hurley adding, “That’s the kind of guy Bill was, a very humble, well-liked guy.”

When he was 90 years old, Dawson was honored at the BattleFrog Navy SEALs obstacle course race at Old Bridge Township Raceway Park, in Englishtown, NJ.

Most of their missions were undocumented
And for his 94th birthday, former firefighters and friends from his senior living home celebrated the retired Frogman.

The brave and humble veteran is the only person in the world that can recount the dangerous missions that his team endured and succeeded in. Most of their missions were completely undocumented, he said.

Find out more about Bill’s fascinating story in the video below.

Please share to pay tribute to this remarkable man and to wish him a very Happy Birthday!