When this man saw a baby deer drowning at a canal, he didn’t hesitate to rescue it – even when it meant jumping into freezing cold water.

Marc Headon is a painter and decorator from Gainsborough, Lincolnshire. One day, he had a job that was “rained off” due to the bad weather. 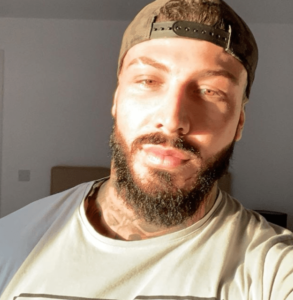 That day, he was driving with his colleague Jamie Toyne when they saw something unusual in a canal that they were passing by. He decided to stop the car to take a look.

“I was driving to pick up my daughter when something caught mine and Jamie’s eye in the canal,” the 27-year-old told LADbible. “I thought it was a fish as we do a lot of fishing, then we realized it was a deer.” 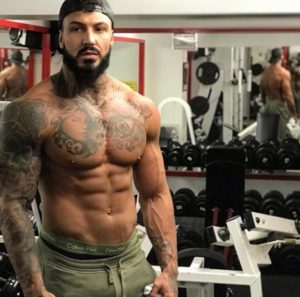 Marc noticed that the deer was struggling and looked close to drowning, so without a second thought, he stripped down to his boxers and jumped into the cold water.

“Jamie helped me get the deer out and helped me out. I carried it to the top of the bank, where we wrapped it in blankets and tried to calm it and keep it warm, as it was near a busy road,” he said.

Jamie captured the rescue on video and uploaded the clip on Facebook where it quickly went viral. 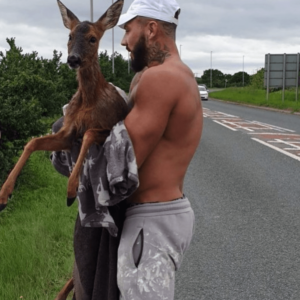 “Just driving past the canal in Saxilby and saw some ears in the water. We got out and saw it was a baby deer struggling to keep its head up. It was seconds away from drowning, must have been in there for hours. Marc jumped straight in and saved it.”

Jamie had to stop filming at one point to help Marc pull the deer out of the cold water and onto the bank. Afterwards, he resumed to capture the moment when Marc was trying to keep the deer warm.
Once the animal was settled, they drove to a friend’s house where they waited for the Lincolnshire Wildlife Trust to come and pick the baby up. 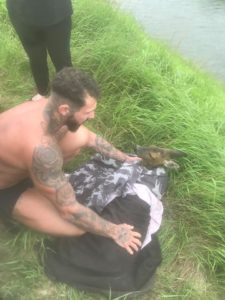 “We took it to a friend’s nearby, where we fed and watered it, waiting for it to come round,” Marc said.

After an hour or so, the Wildlife Trust arrived and thanked Marc for saving the deer’s life.

As of writing, Jamie’s post has garnered 19,000 reacts and 11,000 shares, with many of the commenters calling Marc a “hero” for rescuing the deer.

Watch the video below showing Marc jump into the canal to save the drowning animal.

Getting into the freezing water is not something that anyone could do as it poses a lot of dangers. But in this case, Marc knew that he was strong enough to endure the cold, so he willingly took the risk and jumped in to save the baby deer’s life.
Please share our story.