Millennials are sharing a list of things Generation Z knows nothing about, and now we feel so old

Getting old is something that none of us truly look forward to. Sadly, like the rising of the sun and the crashing of sea waves, it’s something that’s going to happen whether you want it to or not.

Now, whilst we grow old and move into a future largely built of the unknown, many of the things we use and interact with every day don’t. Some of them evolve and change until they’re unrecognisable, others are left in the past altogether when it becomes clear that they’re obsolete.

This is happening at a faster rate than ever before in the current age, where technological advancements and ground-breaking developments are made on a yearly basis. What does that mean? Well, it means that what one generation considered the peak of technology, the next look at as though it were made in the stone age.

It’s also the reason a lot of Generation Y members (those born between 1981 and 1996, often referred to as millennials) are now admitting to feeling like they’re far older than they might actually be … 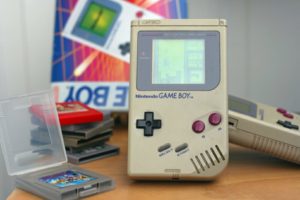 It began when a few Generation Z members (those born between 1997 and 2015) admitted on social media that they couldn’t relate to a lot of items their elders considered perfectly normal not that long ago.

Now, I might understand it if we were talking about advanced tech that looks complicated from the outset, or things that have a ‘I was made in the 1950s’ appearance to them. But we’re not. We’re talking about things like winding handles for car windows and pencil sharpeners. We’re talking cassette tapes and the like …

Yes, it transpires that though we millennials may still consider ourselves young and hip (and some us aren’t old in anyone’s book) there’s plenty that has changed in our short time on earth.

So much, in fact, that when millennials uploaded pictures of every day items that were common ‘back in the day’, the reaction from their Generation Y counterparts was interesting indeed.

In the "I'm getting old" department.., a kid saw this and said, "oh, you 3D-printed the 'Save' Icon." pic.twitter.com/rwgCpSjfDQ

Admit you’re old……Retweet if you know what this is pic.twitter.com/1kj8r7MpID

I asked my six-year-old if he knew what this is. He said it is a tape player. And then he asked “how do you turn it on?” @MrTommyLand? 😂🤘#nocassettemoji pic.twitter.com/FsYq80vZ1f

My 18 year old brother just asked me what this is pic.twitter.com/lan8Axo9xh

Today, one of the kids I babysit asked me "what is this lever for" and I had to explain it rolls the windows up and down. Yes, I do feel old pic.twitter.com/huKMqR8EoH

My son just asked me what this is, he's 11 years old….have times changed THAT much?! #OldMan #KidsTheseDays pic.twitter.com/lJSa1Uan5s

saniya just asked "what are these?" lol made me and @MajorTayIor feel old! pic.twitter.com/yc1PIQvscP

We know, it’s enough to make you feel like a dinosaur!

Do you recognize all of the items above? Do you feel like the world is moving on fast? Let us know in the comments box below.

Meanwhile, share this article with your friends and see if they know all the items above!