In Texas, under the state’s Safe Haven law, mothers are able to take their baby, who must be 60 days old or younger, to any designated “safe place” without fear of being prosecuted for abandonment or neglect.

But what about babies who are older than 60 days and just need a safe place to stay?
Corterra Payton got into an argument with her boyfriend and feared the situation could become toxic. So, even though she didn’t have anywhere to go, she took her 11-month-old son, Duran, and left.

“It’s very hard, especially if you don’t have an income at the moment,” she told KTRK.

Payton, who lives in Houston, Texas, called family members in Cleveland, Texas, but they were unable to make the drive. By now it was close to midnight and she needed a place to stay so she went to a shelter, but was told to come back in the morning. 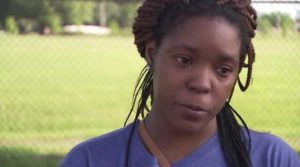 She was running out of options. Payton considered sleeping with Duran in her car, but knew that wouldn’t be safe for either of them.
“We are going to be sleeping in the car, somebody going to come up with a gun, kill us, rob us,” she said. “Either that or they will see me sleeping. A woman, guy, somebody will come by the car and say, ‘Oh, she sleeping in the car with her baby, we fixing to call the police.’”

In a last-ditch effort she went to a fire station. She told the firefighters at Fire Station 68 her story and they were more than happy to take her son, even though he was older than 60 days. 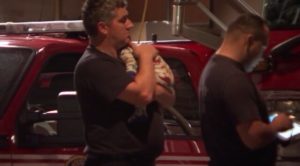 After an hour, Payton returned.
“I said, ‘Let me go back. Maybe they can talk and get me into a shelter, maybe if I intervene with somebody like that, you know, maybe they can get the help that I need,’” she said.

When she arrived back at the fire station she was greeted by police and Child Protective Services, a welcome sight. The two were taken to a CPS facility to spend the night.

According to KTRK, Duran will remain in the care of Payton’s family members until her new job is able to provide for both of them.
When Corterra Payton felt like she had nowhere to go, the firefighters at Fire Station 68 welcomed her and offered her the assistance she needed.

Share this story to thank them for their help and to wish Corterra and her baby, Duran, luck on their future.