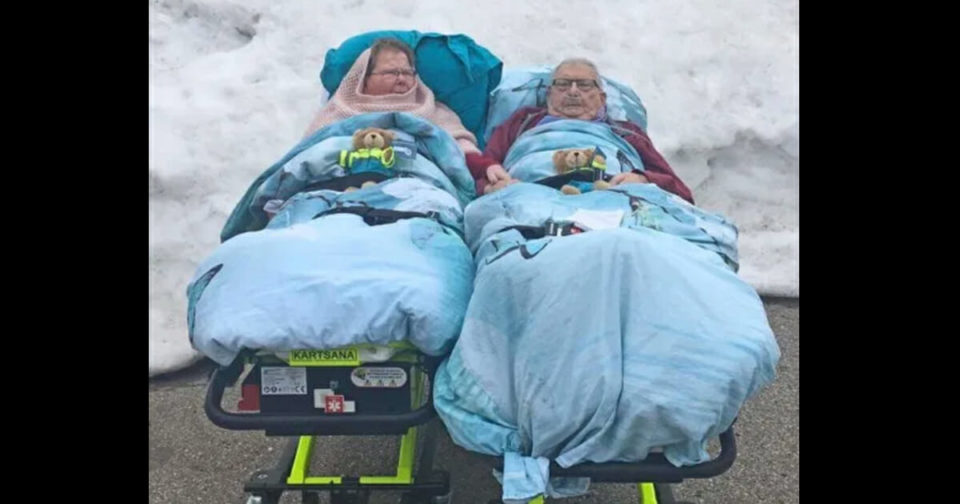 We all like to think that when the day comes that we leave this world, we’ve seen and done everything we really want to.

Of course, for the vast majority of people that’s not the reality – we never know when our time might come, so how can you plan for it?

Well, one former paramedic has made it his mission to fulfil the dying wishes of more than 14,000 terminally ill patients, having been inspired when transferring a patient between hospitals and, upon being delayed, asking them where they wanted to go.

@Kees Veldboer amazing started by Kees an ambulance driver. Excellent example of using the gifts & skills for others https://t.co/agkQgszvnV

As per Metro, Kees Veldboer, 60, has since bought a fleet of ambulances that he uses to enable people to experience their final wishes. He’s helped as many as 14,000 people so far, including an elderly couple who wanted to see snow for one last time.

Veldboer’s company, co-founded with his wife, Ineke, is called the Stitching Ambulance Wens, or the Ambulance Wish Foundation. Thus far it’s provided all sorts of interesting final wishes for terminal patients to enjoy, including art exhibitions, football matches, and even the Swiss mountains.

Veldboer said: “It’s so nice to see them happy- for us it’s something easy to do but for them it’s something so special. We have driven people for miles, even to other countries, and taken them to some really amazing places.

“But for me, the most beautiful thing I think we have done for a woman who was in a hospital for months and after being given a terminal diagnosis, she was taken into a hospice.

“All she wanted was to see her home for one last time- we took her there and she was just standing there for an hour, looking around. Two days later, she died- it was such a beautiful wish, so simple yet so meaningful for her.”

@Kees Veldboer amazing started by Kees an ambulance driver. Excellent example of using the gifts & skills for others https://t.co/agkQgszvnV

The mission statement of Veldboer’s foundation is a simple one: to fulfil any last wish possible, no matter how crazy or quirky it sounds.

According to the man himself, a popular choice is for people to see works of art one last time, sometimes during after-hours trips to museums. Another involved a grandmother being able to meet her newborn grandchild.

“It’s not only about helping the patient, we also help their families and friends create beautiful memories. We know we cannot make them better but we give them so much joy in their last days and it’s special.”

I certainly think Kees deserves praise for his work, don’t you?