Concern is growing for a three-week old baby taken by the mother’s cousin from hospital as authorities try to trace the cousin and the baby’s parents.

Elijah Phillips was just three days old when he was taken by the mother’s cousin Brandy Yovonne Galbert from the hospital in Austin.

Neither Brandy nor Elijah’s parents have been seen since.
Mom Brittany Smith had checked into the hospital under her cousin’s name, then after she had Elijah introduced her cousin as her sister and allowed her to leave with her baby. 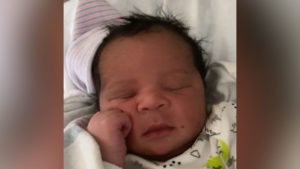 Brittany then left the hospital the day before child protective services showed up to take the baby away.

They had a court order to take temporary custody of Elijah due to a number of incidents with Brittany’s other children.

In 2013 Brittany was arrested on charges of injury to a child, KXAN News reports.
“She was accused of injuring her four children in various ways, including stepping on and hitting them with a belt,” according to the news article. 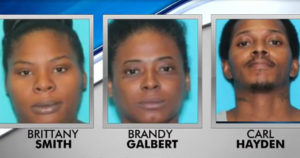 “There’s concern for neglect or child abuse…We believe the family is trying to actively hide the child… We’re concerned for the child’s welfare,” Detective Hitzelberg said at a recent press conference.

Find out more about this ongoing story in the clip below

Anyone with information on Elijah’s whereabouts should call Crime Stoppers at 512-472-TIPS.

Please share to help find this baby and keep him safe.