Growing up, I was always taught that no matter else I might do in my life, I should always, always, look after and care for my elders.

Which is why stories wherein elderly people are abused or robbed really boil my blood. The idea that someone would target those who can’t defend themselves is enraging, not least because the damage done, both mentally and physically, is often even greater than usual.

Police in Sydney, Australia are now on the hunt for a man who stalked and robbed an 89-year-old man just moments after he visited an ATM. 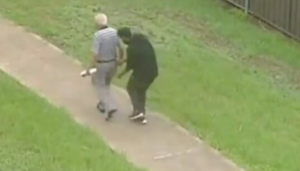 The 89-year-old, named Joe Zahra, had no idea he was being followed, until the pickpocket made his move.

Everything was captured on CCTV.

“I tried to chase him a bit, but he was young and I’m too old,” Mr Zahra told 9News.

Unfortunately, Joe was injured during the chase.

The robber was later caught and identified as the 25-year-old Ajay Kuman. 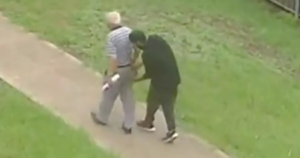 This week he pleaded guilty and explained that he had followed Mr Zahra from the ATM for a kilometre, before stealing his wallet with $550 inside.

Mr Kumar also told the judge that he was homeless at the time. After losing his job at a car wash company, he had been living in local parks. According to his lawyer, his 25-year-old client was hungry and had no money when he attacked Joe Zahra.

When the 89-year-old heard that, he said:

The proceedings have now been adjourned until next week, according to 9News.