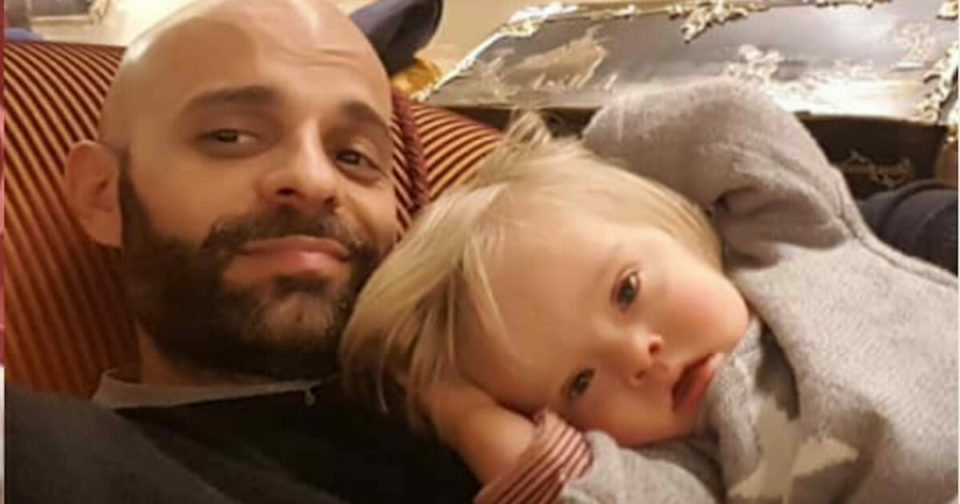 A young girl’s fortunes have changed after she was rejected first by her mother and then by 20 potential adoptive families.

The story of Luca Trapanese’s journey to adopting baby Alba has gone viral for several reasons, paramount of which may be the fact that social services don’t often grant custody to a single, homosexual man.

Nevertheless, they made an exception in Luca’s case … and we’re so very happy they did.
According to the BBC, 41-year-old Italian Luca published a book wherein he recounts his journey to becoming the father of Alba, a girl with Down syndrome.

During a radio interview, Trapanese explained that his case is special because it “destroys stereotypes about fatherhood, religion and family.”

In Italy, adoptions for homosexual and single parents have traditionally been a complicated affair.

Luca adopted Alba back in 2017, when she was just 13 days old and had already been passed up on by 20 families because of her condition.

Luca himself had worked in a host of care centers for people with special needs, and always wanted to become a father.

That was why, despite not having a partner, he decided to press forward with the adoption of Alba, who now enjoys a happy home with her father.

According to the BBC, Alba is a determined young child who can be stubborn on occasion. She loves to play and dance, and enjoys the company of other people.

We’re sending all our best wishes in the direction of Luca and Alba! Luca is clearly a man with a big heart, and thanks to him this little girl has a bright future ahead of her.
Please share this article if you, too, were touched by what Luca has done.