Social worker lives a lonely life, but after passing community are rattled to find out truth he’d kept quiet

Most of us can recognize a solitary soul when we meet one. Those people that you never really know much about, who keep themselves to themselves and don’t have many friends.

Although Alan Naiman was a social worker , a job that involves meeting lots of different people, outside of work he preferred his own company and never married or had children.

For the few people who did know him, they were still unaware of the big secret he kept hidden for decades.
The few people who did know Alan noticed he was very conservative with his money, choosing to mend his shoes with duct tape, rather than buy new ones, always looking for the best deals at grocery stores and dining out at fast food restaurants.

It wasn’t until after Alan’s death that everyone understood why he had lived such a frugal life.

Alan worked as a social worker and earned an annual salary of $67,234, according to CTV News. But he also took on many side jobs to earn extra cash, investing his money wisely and inheriting money when his parents passed.

Sometimes he had three jobs at the same time. 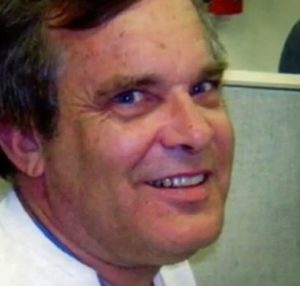 The social worker from Washington state saw firsthand how tough life was for many children but he also grew up with an older brother who had a developmental disability, and devoted his life to helping him.

Alan rarely talked about his brother, and many people also didn’t know that he was a foster parent years ago.

It wasn’t until Alan’s brother died in 2013 that he decided to treat himself to a sports car. 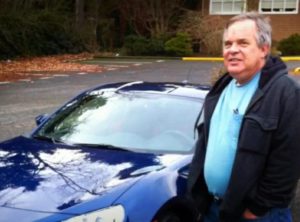 When Alan died in December 2018 from cancer, his great secret was revealed.

In his will, Alan had left $11 m to children’s charities.

He also set out how much each charity would get with $2.5 million going to the Pediatric Interim Care Center which helps those babies born to mothers who abuse drugs.

Most of the organizations he left money to had no personal relationship with Alan including the Pediatric Interim Care Center.

Alan had called the organization once a few years earlier because he needed help placing a child but those in charge had never met him personally.

He also left money to the Treehouse foster care organization.

He dedicated his life to saving this money for the benefit of others; what an incredible gesture.

Share this article with your friends on Facebook to pay tribute to Alan for his hard work to help vulnerable children.