Surveillance cameras caught cruel woman swinging tiny puppy by the neck, throwing him in the dumpster 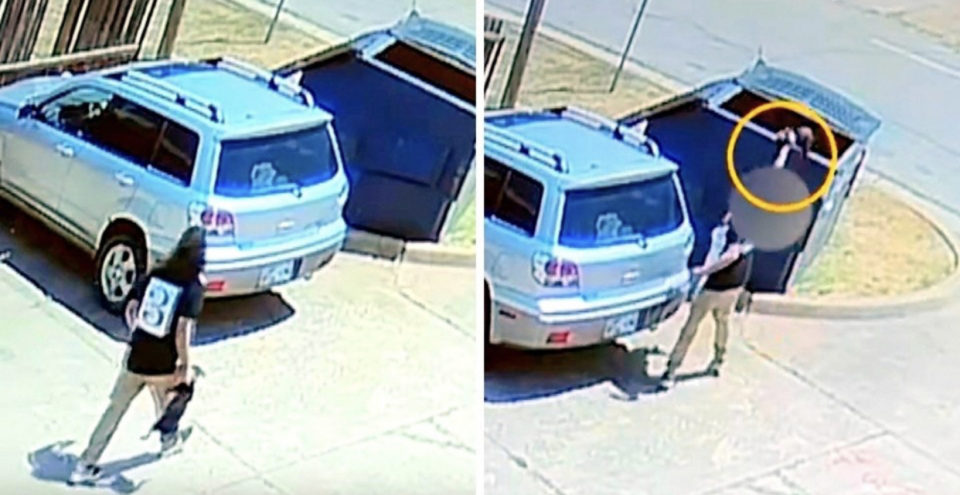 Puppies are just like children – they are a big responsibility and you can’t dispose of them whenever times are tough.

If for whatever reason you are no longer able to care for your puppy, there are multiple actions you can take in order to ensure that your pet finds a home it deserves.

You can ask other responsible family or friends if they can give your puppy a loving home or you can surrender it to a rescue. But whatever you do, do not throw your puppy away like a piece of garbage.
A security camera at the Red Rose Apartments in northwest Oklahoma City recently captured a horrifying sight–a woman tossing a puppy into a dumpster.

“It’s very disturbing, you know. They left it there for about 10 -15 minutes, crawled back in the dumpster, threw the dog back on the ground,” C.R. Head, the property manager, told KFOR.

When the police arrived, the puppy was gone, and the woman was out of sight. The property manager said he believed he knew the suspect, but police were unable to make contact. 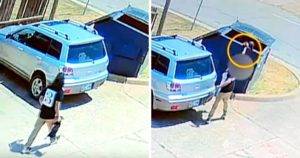 A police report was not filed
Since the puppy was not in the dumpster when the police arrived, they were unable to file a report, however C.R. hopes some action is taken.

“It needs some attention brought to it. If they are going to do that to an animal, what if they do that to another human being.” 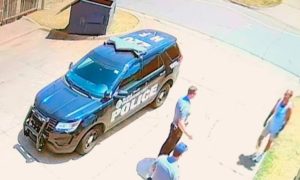 “There is potential even felony-level cruelty. Obviously that is a very cruel act.”

Hopefully, by passing this video on to everyone we know we can help identify this cruel person, so she soon can be brought to justice.

I will never understand why people can treat people or animals that way.

What was this person thinking? Even though they took the puppy out of the dumpster, it’s not a joke!