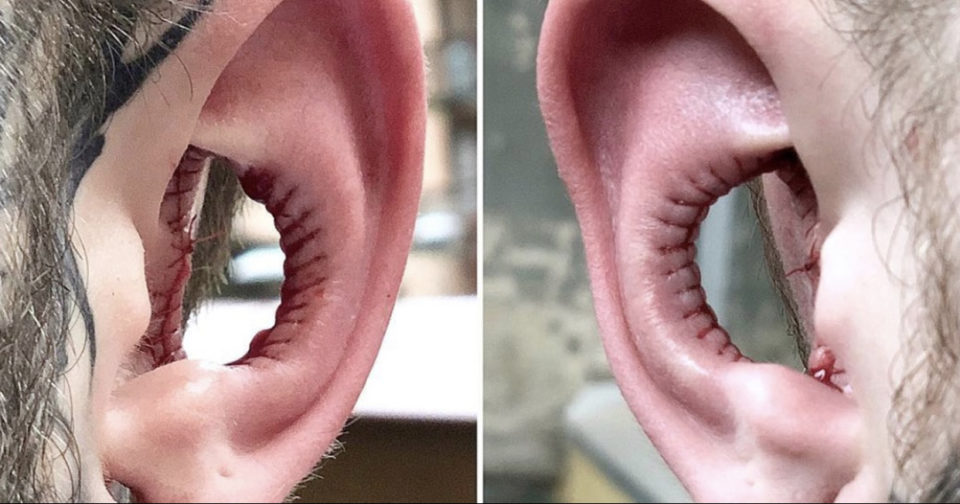 People want to stand out. For some, having a very special hairstyle is enough, while for others, tattooing the white of their eyes seems like a good idea. Creativity knows no bounds when it comes to how we change our appearance.

Who are we to tell others what to do when it’s only affecting themselves?

Almost half of his ears are gone
This Australian, in any case, packed his bags in 2019 and traveled all the way to Sweden – to modify his ears.

And it was not just to have a small piercing done – no, Charles wanted to remove the entire conch from his ears, reports the Daily Mail.

Fresh #conchremoval on @charlesvbentley who traveled around the world from Australia to have this procedure performed by me at @calmbodymodification. Truly humbled! ❤️☀️To get some facts straight note that this procedure doesn’t make you deaf. It might impair your ability to hear the direction of sound for the first week or two until your mind has adjusted to your new ears. Hearing from behind will in fact improve. Our ears doesn’t “catch” sound as it did eons of years ago when our ears were bigger hence why we have to create a bigger “ear” by cupping our hand around our ear to hear better. Remember to #BeCuteOrStayMute when commenting because I will block you if you’re being rude. 🖖🏻 . Check our my second account called @bravo33alpha for more of what I do outside of work. #calmbodymod #chaiatcalm #sutureporn #bodyaltering #bodymodification

The procedure was performed by Chai Maibert at CALM Body Modification in Stockholm, Sweden. Who helped the daring Australian to get the new look he desired, according to the site twentytwowords. Mr. Maibert claims the massive holes in Charles’s ears shouldn’t affect his hearing.
“To get some facts straight – this procedure doesn’t make you deaf. It might impair your ability to hear the direction of sound for the first week or two – until your mind has adjusted to your new ears,” Chai Maibert wrote on Instagram.
Strong reactions online
Many people, however, are skeptical – and the majority think his statement is not true.

After Chai shared the pictures of the operation on social media, things got heated. Users think this is total madness and that body modification has gone too far.
One of them wrote: “I bet his ears whistle when he rides his vegan bicycle,” according to the Daily Mail.

However, some said that it looked perfectly okay – and those who dare to go against the social norm should be applauded. According to twentytwowords, it is even a trend that many people can imagine getting on in 2020.

What do you think? Is it cool, or pure madness? Please share the article and tell us your opinion! 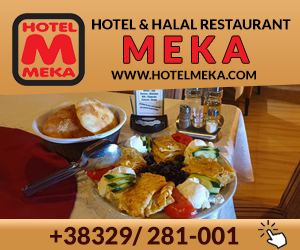 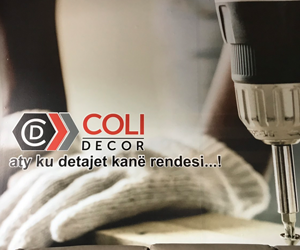 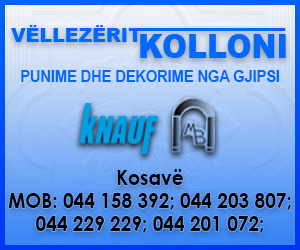