This common vintage tool is puzzling everyone: Can you guess what it was used for?

One of the best things with social media is that almost everyone can upload old photos and share them with the world.

Some of these images have created such nostalgia that they have actual been known to building friendships and led us to reconnect with old friends.

Personally, I have always loved to look at pictures from the past and see how old, antique gizmos were used by our ancestors.

Every now and then an old photo of a vintage tool pops up, and really makes us appreciate the modern tools we have today.

In a photo that was originally shared on a site called “Do You Remember,” one item had people stumped.
The photo depicts a device with a sharp, metal attachment in the form of a triangle; the tool looks small enough to be hand-held. 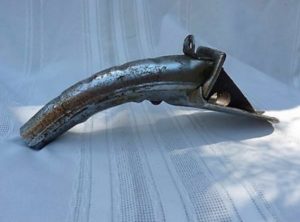 Some thought it was an old garden tool, meant to dig up dirt or old flowers.

But is it dangerous with that threatening sharp triangular edge?

Facebook users threw their best guess in the comment thread.
For example, some thought the item was designed to pull apart a clam shell. Well, it certainly looks similar to some type of a shovel…

However, those guesses couldn’t be further from the truth… 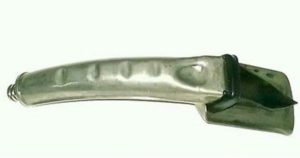 So, can you guess what this vintage tool is?

Ok – let me give you the answer.
The truth behind this mysterious tool is that it’s a vintage oil can opener spout.

These old school opener spouts were created to open tins of turbine engine oil and they are made with a sheet metal spout.

Back in the days when oil came in cans and not plastic bottles, oil spouts looked sort of like hand shovels with a triangular metal piece in the middle. 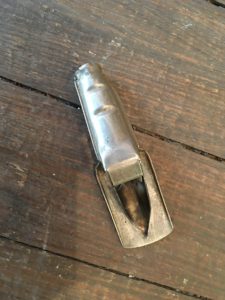 I guess the tin man from ”The Wizard of Oz” would find this little handy as he begged his friends to squirt that much needed oil on his limbs…
Since oil can spouts were made to be reused, they seem to have been made with a certain durability. Many examples of vintage oil can spouts still exist.

The yellow oil spout opener pictured below dates back to the 1980s, so while it’s vintage, it’s surprisingly not too terribly old. 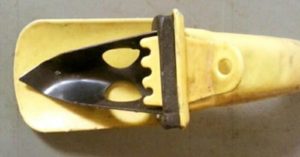