Woman finds shaking dog by the river, looks closer at its throat and sees 13Ib anchor tied up to his neck

Audra Petraškienė was driving her car along the river near her home in Lithuania, when she spotted something unusual.

On the roadside stood a wet dog, shaking with fear.

Audra braked, jumped out of her car and rushed towards the poor animal.

But as she more closely inspected the dog, Audra noticed something terrible around the dog’s neck — and it made her furious. 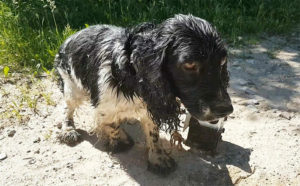 It was last Friday that Audra Petraškienė’s trip through a small Lithuanian city was disturbed by a shocking sight.

Audra saw a shaking dog that appeared to have been drowned in the river. She stopped her car to check if the dog was okay, but upon further inspection, she noticed that the poor animal was far from okay.

A heavy metal object was attached to the dog’s neck — it was a makeshift anchor. 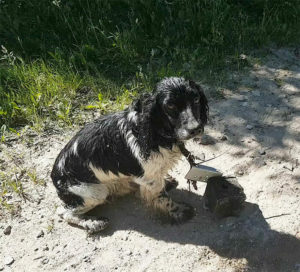 “Apparently, somebody put a heavy metal item on his neck and dropped him in the river to drown,” Petraškienė’s daughter, Andra, told The Dodo.
The dog was obviously terrified and shaking from the cold.

Somehow, it had managed to escape from its terrible fate and make it on to safe land. 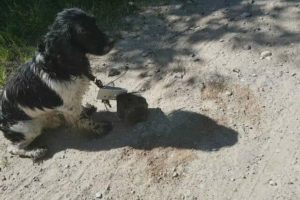 Audra could simply not understand how anyone could be so cruel as to try to kill a poor dog.

Audra began to cry at the sight, but her tears were soon replaced with determination. Audra would do everything to help the poor dog.

She brought the dog home with her and helped remove the heavy makeshift anchor from around its neck. It weighed 13 pounds! 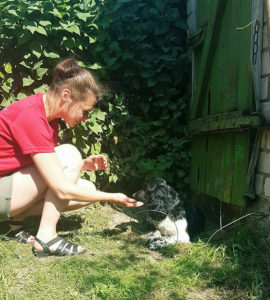 She wiped the dog down and warmed him up with a towel.
Fortunately, the veterinarian found that the dog had no serious injuries. 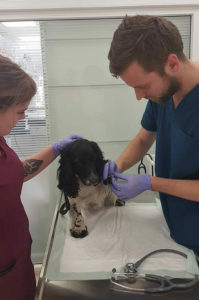 Audra reported the incident to the police and now hopes that the responsible monster will be brought to justice.

This is nothing new to Audra. Her daughter Andra say her mother is a real animal friend who has always loved animals.

“I am very proud of her,” Andra said. “She loves animals and always takes care of them.” 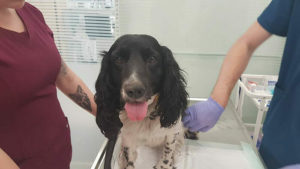 The police eventually found the dog’s owner, but it remains unclear how or why the dog was exposed to this hideous act. According to information on Facebook, the violence against the innocent animal may have been an act of revenge from one of the owner’s neighbors.

Audra decided to place the dog in a safe shelter until the situation could be resolved. 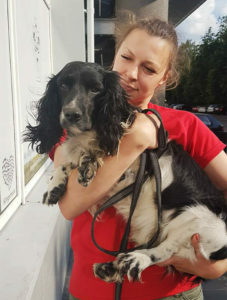 Hopefully, this dog can soon find a truly loving home and never have to experience anything like this ever again. No matter what lies behind this assassination attempt, it is completely unacceptable!

At Newsner, we love animals and believe they should be always treated with utmost respect. Please like and share if you do it too.