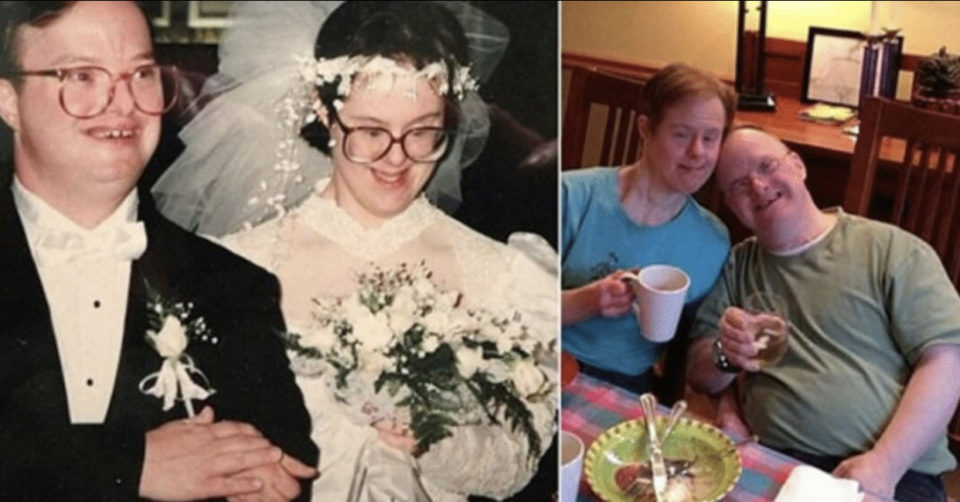 It’s a cliche notion, and one that often draws sneers and eye-rolls from those who haven’t yet found that special partner they’re meant to be with, but it’s also difficult to argue with. Love is more than a simple emotion; it’s a force that drives us every day – whether we know it or not – and it’s capable of producing feats so incredible we can do little but herald their wonder.

The couple, 58 and 56 respectively, were both born with Down’s syndrome, but continued to defy every obstacle set in front of them.

As per Reader’s Digest, it’s believed they were the longest married couple with the condition in the world…

But sadly, tragedy would strike in early 2019. 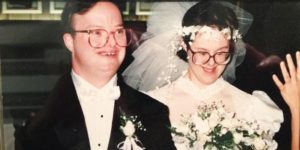 Not only were Kris and Paul together for a long, long time, but their love story is still proving a source of inspiration for budding sweethearts the world over.

The two sealed their marriage 25 years ago.

Kris explained how the couple first met at a dance 30 years ago, and their attraction was an immediate thing.

“I looked into his eyes and saw my future. He opened up my world”, Kris said.
Big things for V-Day
The couple made a big thing of celebrating Valentine’s Day every year, despite the fact their love was in an obvious all-year-round thing.

On V-Day, Kris usually made a card for her husband with her own hands, waited for him to get home from work and then the pair went out to eat.

They cherished each and every moment spent together, and their bond was unbreakable.

On Valentine’s Day 2018, however, that the couple really had something to be pleased with.
It was their 25th year of matrimony, and proof to all the naysayers who had claimed people with Down’s weren’t emotionally mature enough to be married that they were wrong.

On Valentine’s Day 2019, they received a surprise visit from the Harmony Katz, a barbershop quartet that had learned of their extraordinary romance.

As they listened to such favorites as “Let me call you sweetheart,” Kris put her arms around her husband.

Needless to say, the couple continued to show their resilience. 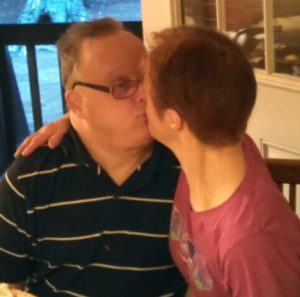 He was moved into a community residence with facilities to take better care of him, but Kris were with him every step of the way.

Kris said: “When they told me, I started to cry. He’s my life. I don’t want to be without him.”

Sadly, Paul died in April from complications related to his Alzheimer’s disease, according to Buffalo News.
He was only 56, and his mother, Lorraine DeForge, said his life was a direct refutation to the warnings some doctors offered to Lorraine and her husband Frank when Paul was born.

And even in their final months together, Paul and Kris had some memorable moments.

Last summer, Kris was recovering from pneumonia when Paul stopped to see her on their Aug. 13 anniversary at Upstate University Hospital in Syracuse.

They were both in wheelchairs when they renewed their marriage vows in the hospital chapel.
“Watching it, it was like Paul woke up,” Scharoun said. “He smiled and reached out and took her hand.”

Shortly before Paul’s death, Kris drew a picture of a butterfly that hung on the wall by Paul’s bed.

There was also on the picture, a note telling him how he was “the man of her dreams.”

No matter what life has thrown at them, Kris and Paul worked through it together, as it should be.
They understand that so long as they shared love for one another, it didn’t matter what happened outside their bubble.

Such knowledge is not only sacred, but surprisingly unique. In today’s world, we think more people could learn from their example!