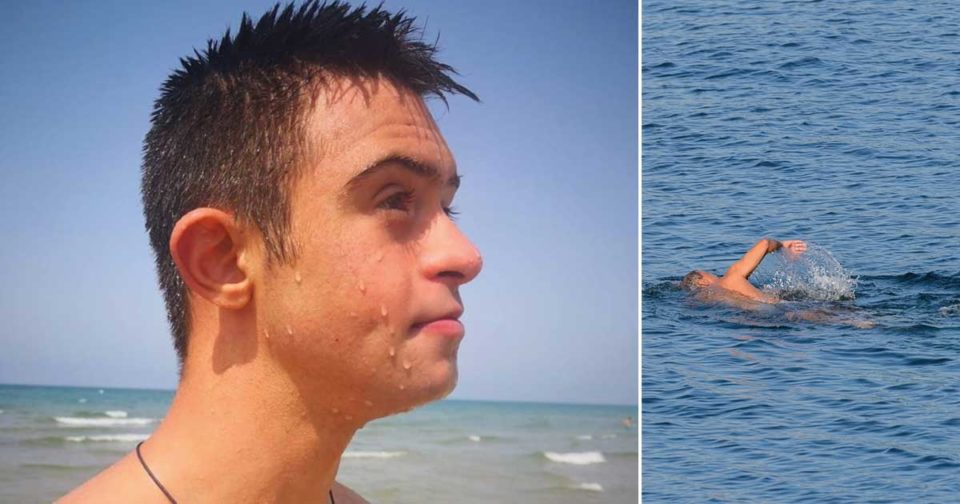 The natural instinct to help others in their hour of need is something everyone would have in an ideal world.

Unfortunately, we don’t live in an ideal world, and so there are many people who freeze in emergency situations, or else respond too slowly to enable a successful outcome.

One boy who has no issue at all with rushing to the aid of strangers is Valerio Catoia, a young Italian man with Down’s syndrome.

He was hailed recently for risking his life in the act of saving a girl who was drowning out at sea. He’s rightfully being celebrated for the hero he is …
Valerio has always liked to swim, ever since he was little. After pushing himself to the very limits in the pool, and thus perfecting his discipline, he even competed in the Special Olympics.

He happened to be present one day at a beach in Sabaudia, situated in the province of Lazio, Italy. He was out with his father enjoying the good weather and the cool ocean. Little did he know that events were to play out that would call for his abilities.

One moment things were calm, the next Valerio and his father were hearing cries for help from two sisters, one aged 14, the other just 10. A strong current was sweeping them out to sea. 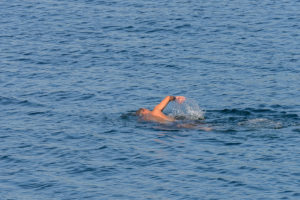 Valerio didn’t hesitate for a second. Instead, he threw himself into the sea alongside his father and began swimming to the rescue. He soon reached the younger sister and performed a rescue manoeuvre he’d learned on a course.
He dragged the girl to the beach while keeping her head above water. His father, meanwhile, did the same with the older sister, according to ABC.

When they reached the beach the lifeguards assumed control of the situation. Make no mistake, though; it was Valerio and his father who saved the sisters from an extremely dangerous situation.

Overnight, Valerio became a recognized hero, celebrated in the press.

What a great individual Valerio is. He didn’t pause for a moment before rushing to the aid of two sisters who desperately needed his help.

He deserves all the praise he’s getting from around the world. It’s small wonder people are labelling him a hero.